Jews who favored a non-Jewish State of Palestine? 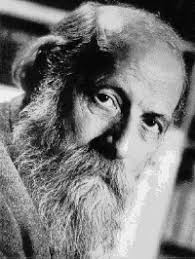 This blog focuses on those Jews in Palestine in the period of 1939-1942, who rejected the idea of a Jewish State. They wanted a bi-natinal state where Jews and Arabs could live together and share government. Some great names in that movement were people like Martin Buber and Judah L. Magnes. 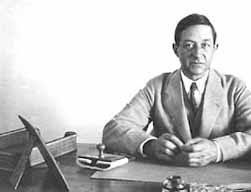 As the Israeli-Arab conflict is a contemporary issue, writing on a related subject, even though definitely historical, tends to reflect people’s views on the contemporary conflict. Historical research also impact’s one’s view of today. I have experienced that continuous dialogue between past and present while researching and writing this thesis.

From the outset, I like to put my cards on the table. I greatly respect people like Martin Buber and Judah L. Magnes, some of the foremost Bi-nationalists in the 1930s and 1940s in Palestine, and I am not impressed by the realpolitik that the Zionist movement and Israel have opted for since the 1940s.

The essential difference of opinion as regards Arab-Jewish relations between these political groups amongst the Jews in Palestine, was expressed succinctly by David Ben Gurion in a discussion he had with Magnes. Ben Gurion told Magnes:


The real difference between us is that you think peace between Arab and Jew will bring a state (Bi-national perhaps) where as I believe that a (Jewish) state will lead to Arab-Jewish peace.[1]

Before 1948, Magnes always warned not to enter Zion in the way of Joshua, not by might, not by power, but by the Spirit. The attitude of Ben Gurion and most Israeli politicians since the 1940s seems to be driven by the conviction that peace will come when Arabs, because of the military power of Israel, have no option but to accept the fait accompli of Israel’s existence. Since the founding of the State of Israel, this political divide in approach has been visible in Jewish society.

This blog consists of my M.A. thesis that was written ages ago, in 1986, for the Institute of History at Utrecht University in The Netherlandsl; it was prepared under the supervision of J.G. Hegeman, MA, and Professor Dr. Jacques Waardenburg, who was instrumental in instilling in me a love for studies of the Middle East, the Arabs and Islam.

As the text dates from 1986, and as I have not followed publications in this field of bi-nationalism since then. some of this is dated, I am sure. But I hope it does help you in our own studies!